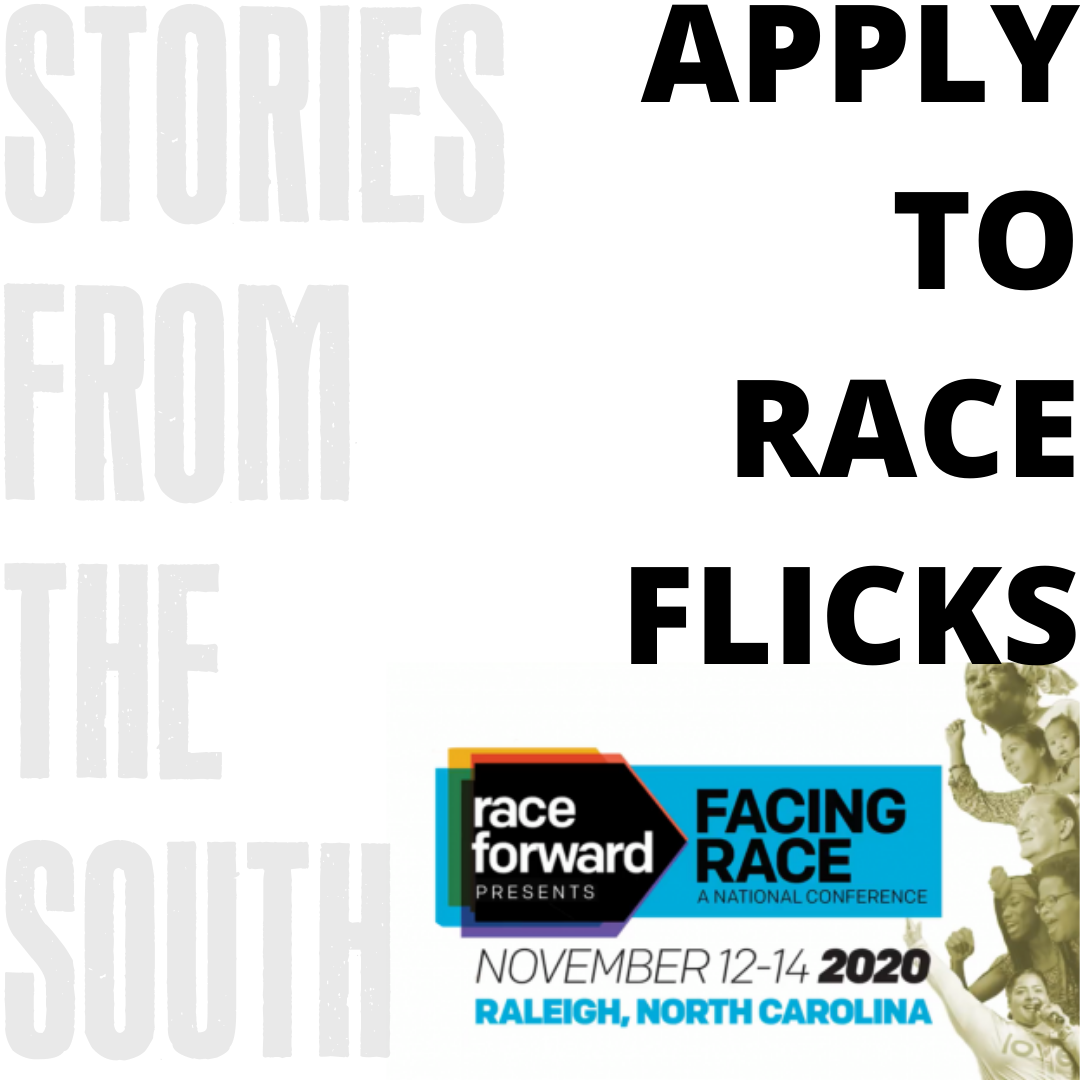 Working Films is teaming up with Race Forward to present Race Flicks, a micro-film festival and track of Facing Race: A National Conference, being held in Raleigh, NC November 12 - 14, 2020.

Race Forward is pleased to be co-curating the Race Flicks track with Working Films, a national leader in the use of documentary for social change and environmental protection. The Facing Race and Working Films team will work with selected filmmakers to create dynamic programming for each film. Race Flicks lifts up critical issues of racial justice through film and ways that activists, organizers, nonprofits, and others can use them to advance racial justice. This year’s program will have a special focus on racial justice and equity in the U.S. South told by media makers who live in the region. We will accept films from and about other regions but will prioritize Southern stories and makers, who are widely underrepresented. As in years past, the program will continue to have a focus on accountable filmmaking that truly represents the people and places featured and holds great potential to build power among those represented in the stories at hand.

Race Flicks focuses on showcasing the best films focused on racial justice and the strategies for using them to resource activists, organizers, nonprofits, and other leaders. The 2020 program will have a special focus on stories about the U.S. South told by makers who live in the region. Learn more and submit here. Deadline February 21, 2020.